Finding joy from birds during the age of CORVID-19


In late March and early April, hundreds of Northeast Ohio birders, freed from the confines of their homes and offices, poured into the parks and birding trails in an attempt to kick start the spring migration.

Watching our backyard feeders, we smiled as the last remaining dark-eyed juncoes, white-throated and tree sparrows of winter were joined by Eastern towhees, song, fox, white-crowned and chipping sparrows.

Eastern screech owls dozed in nesting holes while basking in the warm sun along the Towpath Trail in the Cuyahoga Valley National Park. Great horned owlets scanned the surrounding woodlands from nesting cavities at the national park and the Sandy Ridge Reservation in North Ridgeville. And barn owls brought excitement during brief migratory stops at the Cleveland Lakefront Nature Preserve and the Erie Street Cemetery in downtown Cleveland.

But the best was yet to come. At the start of May, almost as if someone had flicked a switch, waves of colorful songbirds descended on the region, bringing warmth and happiness to a nation struggling to cope with the coronavirus pandemic that had killed tens of thousands of people. It closed businesses, produced stay-at-home orders and required many of us to wear face masks.

Suddenly, brightly plumed Baltimore orioles were whistling in the treetops, begging for us to provide sliced oranges for their enjoyment. Rose-breasted grosbeaks were singing their familiar robin-like songs, gray catbirds were meowing, and the magical, fluted tones of wood thrush were echoing through the woodlands.

As you might expect with so many birders in the field, rarities were discovered on almost a daily basis. A golden-winged warbler was a reliable sighting on flowering trees at the Wetmore Trailhead in the Cuyahoga Valley National Park. A lark sparrow made appearances in the Rocky River and Cleveland Lakefront Metropark reservations. Clay-colored sparrows appeared at the Cleveland Lakefront Nature Preserve and along the Wake Robin Trail at the Mentor Marsh. A piping plover was a one-day wonder on the beach at Edgewater Park.

Other notable reports included a flock of American avocets at the Bath Nature Preserve, a snowy egret at the Sandy Ridge Reservation, plus three little blue herons and a glossy ibis at the Mentor Marsh.

Rest assured, the birding is only going to get better as May unfolds. Soon, ruby-throated hummingbirds and a whole new array of warblers, vireos, tanagers, and flycatchers will descend on our neighborhoods and favorite hot spots.

If there is a silver lining to the deadly COVID-19 virus, it’s the opportunity for birders to spend our time in the warm, fresh air – at a safe distance – in pursuit of the hobby we love. 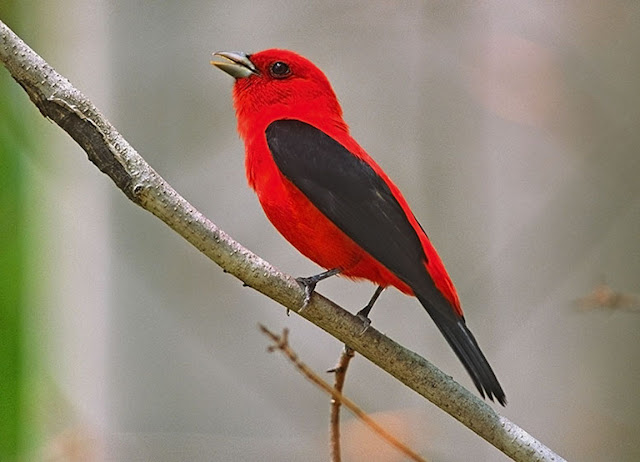