Showing posts from October, 2019
Show all

The talented and influential British birder, David Lindo, is bringing his knowledge and appreciation for urban birding to Northeast Ohio on Saturday, Nov. 2, for a busy week of walks and talks.
Lindo is a celebrity in his hometown of London, where he is hailed as a Pied Piper for spreading the joys of urban birding – a pursuit that should strike a familiar chord for many birders in the Cleveland area.
Lindo is working in concert with the Western Cuyahoga Audubon Society, which is launching the Urban Birding Cleveland initiative, and as part of a publicity tour for his new book, “How to be an Urban Birder.”
“I love seeing what cities that are new to me have to offer,” Lindo said in a feature story in Waterlife Magazine. “There’s always a surprise in store, and I do mean surprise… There’s not a single urban center that hasn’t given me something astonishing as a reward for my visit.”
Lindo shares my love for urban birding, making it hi…
Post a Comment
Read more 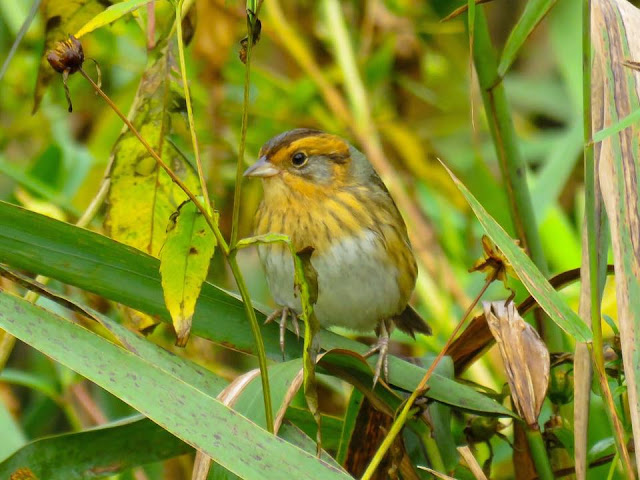 Two alliterative words best describe the theme for Fall birding in Northeast Ohio: Furtive and Frustrating.
Fall birders quickly recognize the furtiveness of migrants as they arrive along the lakefront in the cool morning hours following an arduous flight across Lake Erie from Canada. They are hungry and desperate to reach their neotropical destinations in Central and South America, fueled by a feast of bugs, fruit and seed.
As many as 40 percent won’t survive the roundtrip journey. Thousands are killed every year by collisions with windows at downtown buildings. Fortunately, several hundred stunned birds are rescued by the amazing volunteers of the Lights Out Cleveland group.
The best birding in the area can be found in the vicinity of Lake Erie such as the Cleveland Lakefront Nature Preserve, Headlands Beach State Park, Mentor Marsh Preserve, Wendy Park, the Lorain Impoundment, and the Sandy Ridge Reservati…
Post a Comment
Read more
More posts